Memoirs of an Angel: Legends

Upon being framed for the murder of the mighty Emperor Osirus, the princess Zuleika is forced to rely on the help of a mysterious elven assassin to escape her doom and find the real culprit. All the while, she watches as her precious nation is taken over by Osrius' sadistic younger brother, Nefferon, who seems intent on watching the empire crumble beneath him. Tensions mount as more people become dissatisfied with the new regime and call for Osrius' "true heir" to return to the throne, sparking rebellion and pitting the provinces of the east against those of the west.

As the empire succumbs to a bloody revolution, both sides seek the former princess to lead them to glory... but which side will she choose?

On her quest, she'll meet and befriend Chael, a mysterious former assassin from the elven nation; Kirile, a playful, light-hearted thief from the demon nation; Nefferon, the newly ascended emperor and the man everyone loves to hate; Duren, the well-mannered young man who serves as the emperor's right hand; Ahzi, the spunky, self-proclaimed "Keeper of the Forest;" and a host of other characters. 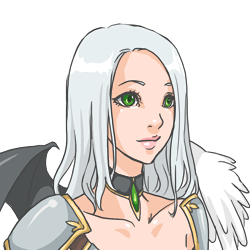 The bright, strong-willed princess of Tyraca and Osirus' angel. She has a good heart and is very honest and straight-forward, but many of the other characters see this as naivete.

An assassin from the elven nation of Nalan and Menorrhi's angel who was sent to kill the princess for unknown reasons. He is quiet and stoic, choosing to keep his emotions hidden from others. 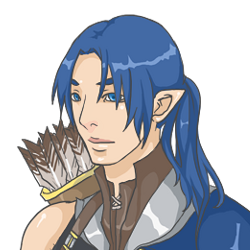 Zuleika's long-time friend, Nefferon's angel, and now prince of Tyraca, but he is anything but proud of his new position. He is generally polite and mild-mannered... except when he gets angry.

He was once a proud general from the demon nation of Pyralis and Aukinora's angel, but took up thievery after being exiled. He loves women, booze, and having fun, but he has a sentimental side as well.

The new emperor and a dangerous man who will do anything to get what he wants. He has a cool and collected demeanor, and can charm and manipulate his way into anyone's heart. 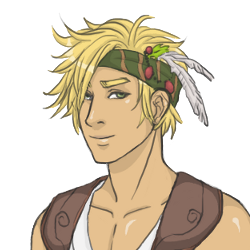 A free-spirited mage who was abandoned in the forest as a child and raised by a tribe of wolves. A bit eccentric, he doesn't believe in rules or formalities, and he does and says whatever he pleases.

A retired general and on old war buddy of Osirus. His not-so-easy job is to keep order in the City of Jarconia, home to many thieves and other criminals. His specialty is military tactics. 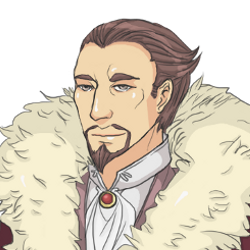 The confident yet feeble governor of Normund Province. He was always a loyal ally to Osirus and has had trouble with Nefferon ever since he took power. His specialties are diplomacy and negotiation. 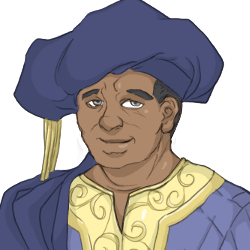 A meek and somewhat shady merchant. He controls the Port of Sileas with his various connections and financial power. Osirus saved his life long ago, and has been indebted to him ever since.